Jim,
I think I can answer some of your questions.  I recently spoke with Mike Leonard, the Alabama Trails Association's Govermental Relations Chair about the trail into Alabama.  He referred me to an original 1925 map by Benton Mackaye (which I am trying to locate) that called for the AT to run from Cohutta Mountain, Georgia, to Mount Washington in New Hampshire.  Spur trails are apparently indicated on this map to run from Mount Washington north to central Maine, as well as south from Cohutta Mountain into east-central Alabama.

It would be interesting to find out how the original northern 'spur' trail ended up being an actual part of the AT.  Nonetheless, it did so thankfully.  The southern spur trail was not pursued until Spring, 1990, when Mike began speaking with Margaret Drummond, who I believe was the chair of the ATC at that time.  Mike even presented a seminar on the proposed southern section at a 1993 ATC meeting in Dahlonega, Georgia.  The southern 'spur' of the AT is the only section included on the original 1925 map that, prior to this time, hadn't even been addressed.

Whether this trail remains the Pinhoti, or becomes a part of the AT will ultimately be up to the ATC.  In my opinion, the original northern 'spur' became part of the AT for whatever reasons, and so should the southern end.  The ATC is very aware of our extension, and we will respect their decision. Now, some of your other questions:

On Thu, 7 Mar 1996, Jim Owen wrote:
> What about transportation to the trailhead?  I'm not sure Birmingham or
> the surrounding area are set up to handle the influx of thruhikers.

Birmingham, with a metropolitan population of approx. 1 million people, has an international airport, served by most cities via Atlanta.  The Southern terminus of the Pinhoti would lie about 10-15 miles SE of Talladega, AL, which is about 40 miles east of Birmingham.  It is pretty much the same setup as Springer, with bus services running as far as Talladega.

Many ATA members live in the vicinity and I'm sure shuttling wouldn't be a problem.  Hitching or walking would be the other options.

Jim Owen wrote:
> Same kind of question about the shelters - are there any?  And who
> will do the maintenance on the Trail in Alabama?

There are probably less than 6 shelters on the 100 miles of Pinhoti as it stands now.  The Alabama Trails Association, the Forestry Service, and numerous hiking clubs currently do all of the maintenance, and will probably do so in the future.  The Georgia Pinhoti Trail Conference will be responsible for the trail in Georgia.

Jim Owen wrote:
> The geographers I know can't even agree on where the Appalachians begin
> and end.  There are at least 3 different definitions and the Gaspe is not one
> of the most favored.  I'm not sure about Alabama - I haven't asked.

Some residents of Florida claim that the Appalachian chain runs as far as north-central Florida.  In Alabama, the physiographic province of the Blue Ridge is recognized by the Nature Conservancy as a unique feature to eastern AL, one of the reasons they claim that AL is the 4th most biodiverse state in the country.  (Not related to the AT, but to my profession instead--6 new plant species known to man were recently discovered in nearby Bibb County, AL.)

So, I hope I have answered some of your questions.  Who knows, maybe by the year 2000, our spur will become reality, and with God's help will indeed become AT. 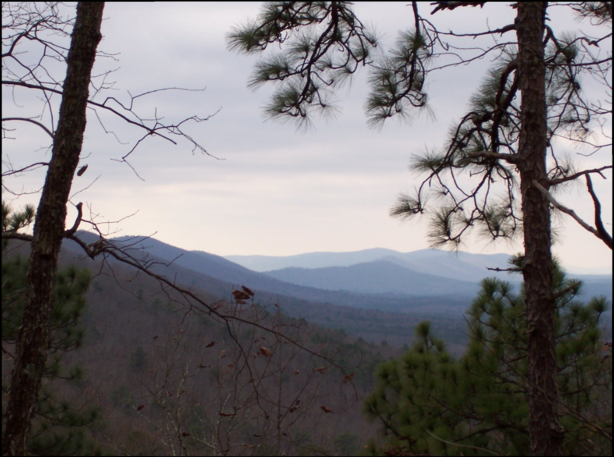